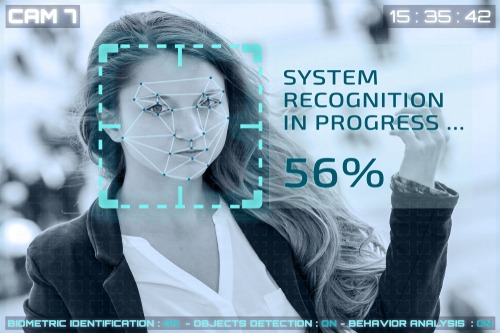 In the West we are told we live in a surveillance society. Certainly in the UK there are cameras everywhere. Formerly they were connected to tape based security recording equipment which were then replaced by DVR’s. No active facial recognition until more recently.

Naturally civil liberty groups are very concerned about what they regard as the inappropriate use of biometric data. I think in this context they assume the comparison of recognised faces to an extensive database of ‘people of interest’.

There are of course less intrusive applications but even those could be connected to more concerning systems.

We are probably happy with a photographic camera’s ability to capture a fleeting smile? If an expression can be differentiated then it must be possible to resolve an aggressive, hate filled expression too? Very useful if you’re charged with keeping the lid on a public demonstration.

If you turn recognition on its head, why not have ‘recognition disregard’? Here I am thinking of keeping children safe in school. Staff and pupils have their images stored on a school database. Live CCTV footage from in and around the school have their images constantly checked against that database using facial recognition. Any face not recognised gets flagged up and an alert is sent.

Wouldn’t it be great to have improved security sensors around your house which differentiate between a dog and a human? Even a hedgehog is detected by my PIR sensors but more annoyingly…..gusts of hot air are too! Being able to recognise a human shape would be a great improvement.

Whenever we hear of disturbing content loaded on to social media sites and the call goes up, “Take it down”…..do we spare a thought for the recognition algorithms constantly being developed to detect these uploads before they give affront?